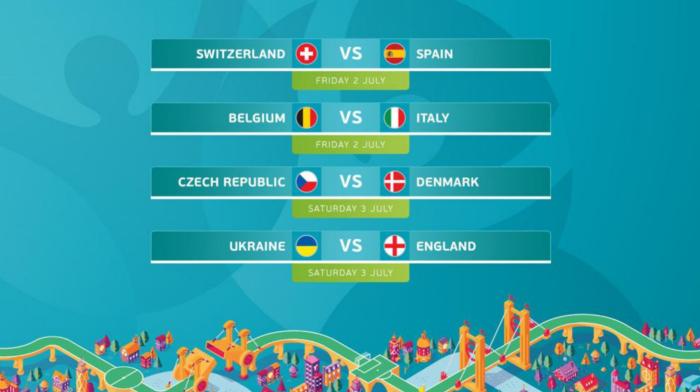 In the 1 / 8 final, defending champion Portugal was eliminated 1-0 by Belgium,

France, the most popular winner, was eliminated by Switzerland in penalty shoot out,

According to the schedule, the quarter finals will be held on July 3 and July 4, Beijing time, which is the two days of this weekend. Among them, Italy and Belgium, which are the most champions in this tournament, will meet each other in a narrow way. Only one team can continue to move forward; Switzerland vs Spain, Ukraine vs England seem to be “one-sided” situation, but Switzerland has just achieved a counter attack on “Gallic rooster”, Ukraine is not a fuel saver, and the final result is still unknown; As for the Czech Republic and Denmark, the experience of the two big black horses depends on who will go black to the end.